Antananarivo, Malagasy meaning "village of a thousand" is the administrative capital of Madagascar. Located at the very heart of the Big Island, it is a must-see destination during a stay in the largest island in the Indian Ocean. The city is full of remnants of the French colonial era in addition to many royal monuments, Antananarivo having been the residence of its major kings and queens. Today, it is the source of all political decisions of the country. Antananarivo is located on one of the twelve hills of Imerina. The history and traditions of its inhabitants have designed a town plan from the top, at the senior level city located at an altitude of 1245 m to extend toward the lower zones and to the outskirts of downtown. 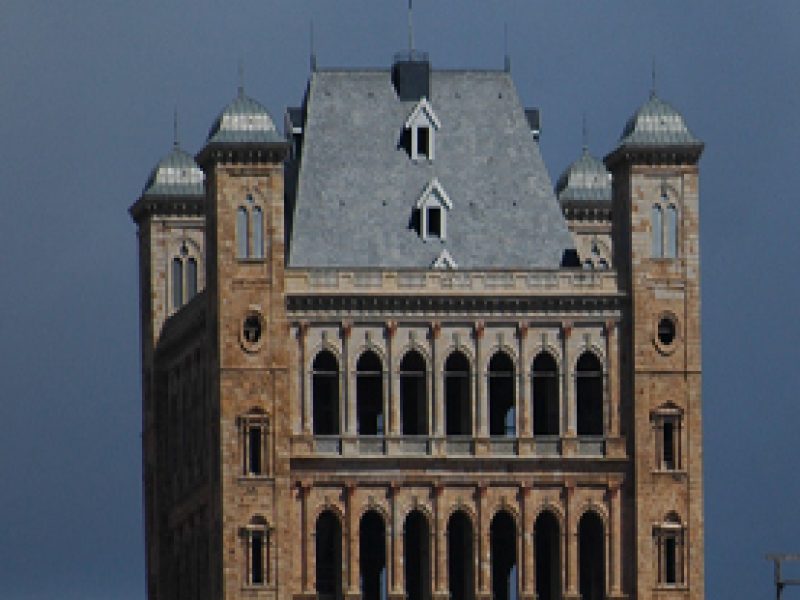 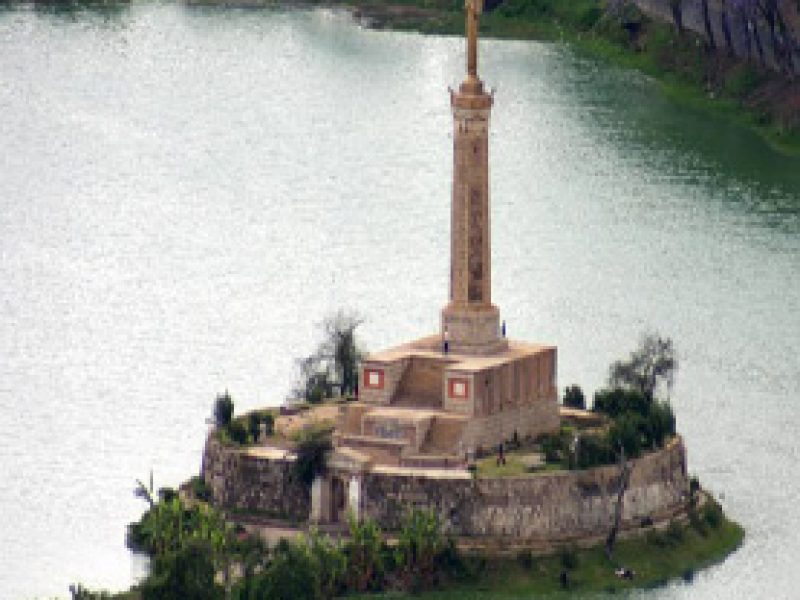 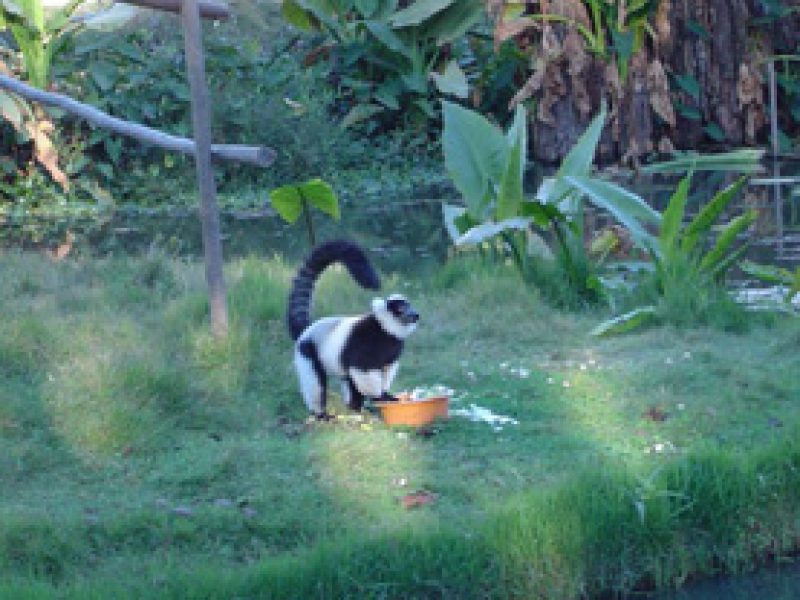 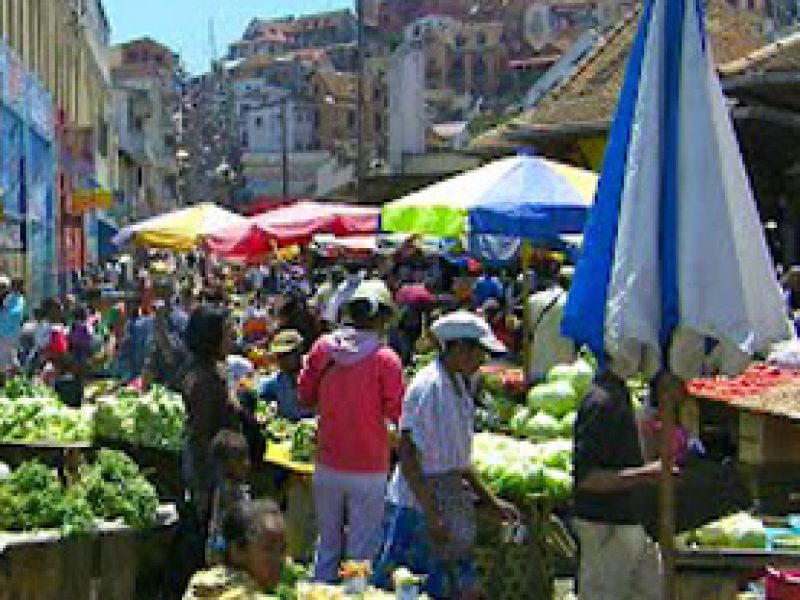 Uptown, the remnant of the royal era

To protect themselves from the enemy, the first Malagasy build their homes in height. For the head of the old monarchy, this location is the perfect place to build his palace, the palace of the Queen, also called "Rova". This is a real housing and leisure complex called "Manjakamiadana" specially designed for the kings and queens who have succeeded in Imerina. The ancestral tombs complement the site and their story is told by his guides peacefully, on the lookout and always available. In its surroundings, the visit will be directed to Andohalo Cathedral, an example of the architectural wealth of the city.

Discovering the natural wealth of the country

For those who appreciate nature hikes, the city has the zoological and botanical park Tsimbazaza, a place that contains some of the floral and faunal wealth of the Big Island. Its endemic animals including lemurs are represented by a few species. The famous "fossa", this little beast own in Madagascar is on the premises for sneaking surprise park visitors.

The discovery of its open-air markets

To dive a few moments in the daily life of Antananarivo, it should take a ride in his open-air markets. Tous les mercredis à Andravoahangy, every Thursday at Mahamasina or all weekend on the square Analakely, food and clothing items are spread on the shelves by thousands of traders and exchanged at the rate of haggling, a process inseparable from dealers Malagasy. Before leaving the city, the Antananarivo souvenir shops can discover the "Malagasy art" in all its forms. One of the most important is that Andohalo steps from the cathedral. A stay in the Malagasy capital requires several days if you want to discover the many facets

The essential places of the city

A stay in the city of Antananarivo, denomination franchised Antananarivo, can not do without a walk around the lake Anosy. This is an artificial lake whose form, view high zones of the city refers to that of a heart. At its inner edge is erected a statue of an angel. Originally called "Anjely mainty", "Black Angel" in French, by Antananarivo, because of its black color, the statue is renovated to make the white color of the character she plays. It was built in memory of the fighters of the First World War. On the outlines of this water basin planted several jacarandas that, when they bloom provides a unique show suitable to be shown in the most beautiful postcards of the Big Island.

The craft markets of Antananarivo 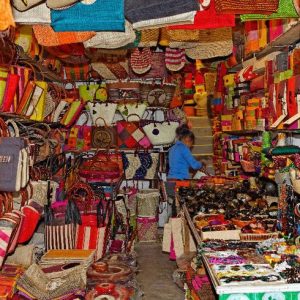 The capital of & rsquo; Antananarivo is known for its d & rsquo markets, crafts.
In practice, there are 3, each having its peculiarities.

The way the market is relatively new Digue, this market has emerged under the leadership of craftsmen who could not find room for Andravoahangy.
This market is located on the airport road, halfway between the hotel and Niaouly Ivato airport.
This market, purely handmade and for tourists borders a paved road, free of traffic on which you can wander in any sérennité.
Personally, it must be recognized that it is pleasant to walk in this market, I blame the lack of soul of the latter, but especially the price "special tourists" that are practiced, and product quality can sometimes be wrong! 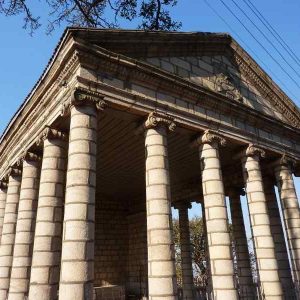 This courthouse with 16 Neoclassical columns stands on the site of a stone, la pierre des Rafandrana, where the first Merina kings did justice. It is located inside the Rova of Antananarivo (while the Palace of the Prime Minister cited above is of course located outside the precincts of the Rova). 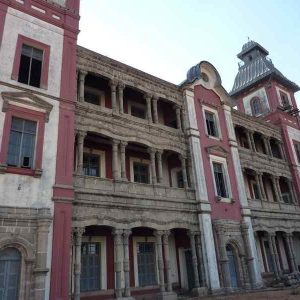 A short distance from the Rova of Antananarivo, slightly lower than the latter, stands the sumptuous Prime Minister of Madagascar Rainilaiarivony (1828 – 1896), wherein part of Hova.

The Hova were a heterogeneous class consisting of free men and which occupied an intermediate place between Andriana (noble royal families) and caste Mainty (servants and royal soldiers), other caste being formed by the freed slaves and slaves. Over time, the Hova took an increasing role in running the country.

Rainilaiarivony replaced his older brother, who was behind the assassination of King Radama II 1863, first as army chief, then as prime minister of the country.

Rainilaiarivony épousa successivement les Reines Rasoherina, Ranavalona II et Ranavalona III. It became the real strongman of the country for much of the second half of the 19th century, the Queen's power became more formal than real. He put out important legal reforms, strengthened the administrative structures and tried to preserve the independence of Madagascar, without being able to prevent the military takeover of France on the Big Island in the years 1895-97.

Rainilaiarivony had no children of his royal wives, but had many descendants of a woman, married previously and then relegated to second wife. On her wedding day with Ranavalona II was the occasion of a public baptism in Christianity, making Protestantism the official religion of Madagascar. The royal talismans, so venerated until the Merina dynasty, were destroyed and replaced by the Bible.

In his high office, Rainilaiarivony amassed a huge fortune and built the sumptuous Palace Andafiavaratra, near the Rova of Antananarivo, by English architect William Pool in 1873. It is an imposing building of brick and stone, covered with a glass dome.

This palace is located at the site where his father Rahiniharo, Prime Minister already, had established a beautiful wooden palace of two floors that already was somehow during the Queen's Palace, 200 meters higher, one dominating the other, by respect for the sovereign.

Rainilaiarivony was dismissed in 1895 speak French, who seized the country, and sent into exile the following year in Algiers, where he died later.

The "Palace of the Prime Minister" then sometimes experienced various military assignments sometimes administrative or academic. Twice, it was the scene of major Malagasy political trial: in 1916, Affair of V.V.S. and in 1948, that of M.D.R.M. After the independence of Madagascar 1960, the palace temporarily housed the Presidency services, then the Prime Minister of Madagascar. Ravaged by fire in 1975, it was restored later.

Today, the Palace of the Prime Minister Rainilaiarivony is a museum that houses the objects, pictures and furniture which were saved from the fire of the Rova of Antananarivo 1995. Its architecture has often been criticized especially by architect Jully. More, Palace remains the symbol of the Hova power in the country's history. 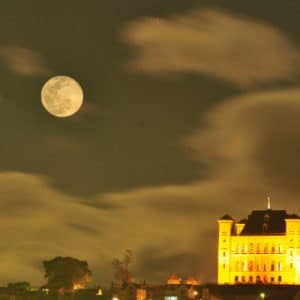 Rova is the palace of the Queen. Partially destroyed by fire, this imposing building is located atop a hill. The walk is pleasant, if only for the view over the city of Antananarivo. 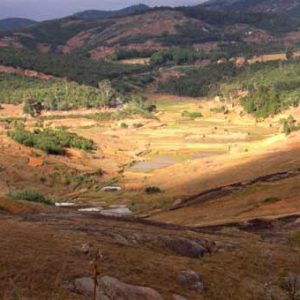 Do not hesitate to stay a few days in Antananarivo, including peak to go picnic in the countryside. The gentle hills, ricefields, the light, houses so special, ... the atmosphere is between Asia, Africa and even Britain ! Do not miss !

Markets in half a day 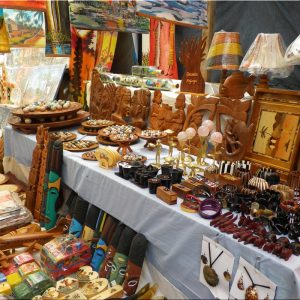 The dike Lisy market and shop have all the richness of the Malagasy craft. Salad zebu horn and rosewood, raffia baskets, Wooden solitaire games and semi precious stones in Madagascar.

Lemur's Park in half a day

Be the first to receive our news and Deals